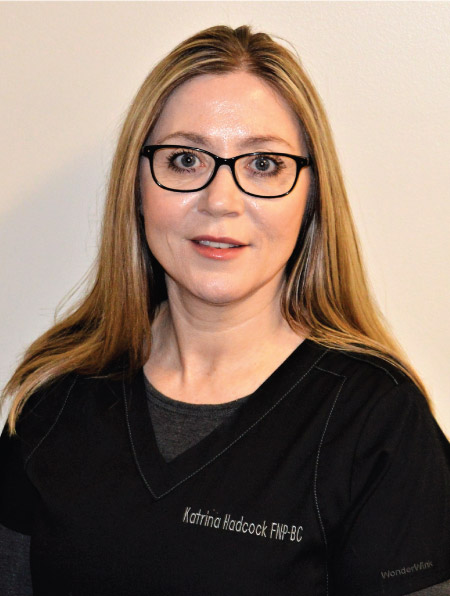 Katrina became a Board Certified Family Nurse Practitioner in 2013. She received her Master of Science in Nursing with a Family Nurse Practitioner concentration from Saginaw Valley State University, in Michigan. Katrina began her medical career as a Licensed Practical Nurse, she became a Registered Nurse and then received her Bachelor of Science in Nursing (BSN) from the University of Michigan-Flint in 2010 while working in a Michigan hospital in general medical, vascular and cardiac units. Katrina joined the Dermatology & Skin Surgery Center in 2013, limiting her practice to dermatology.

In 2012 Katrina was named the McLaren Greater Lansing Nurse of the Year. She received the Outstanding Merit & Accomplishment Award from U of M- Flint & was a member of the Honor Society at Saginaw Valley State University.