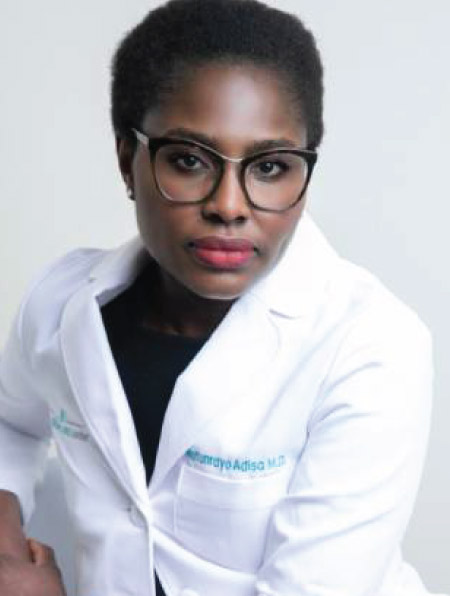 Morayo Adisa, is a graduate of Southern Illinois University, where she received a bachelor’s degree in Microbiology. She obtained her medical degree from the University of Illinois College of Medicine (UIC), where she was a James Scholar.

Dr. Adisa has served as an attending at the John. H Stroger Hospital of Cook County, and more recently at the Rush University Medical Centre. She has also worked extensively in private practice. Dr. Adisa is board certified by the American Board of Dermatology and American Board of Pathology.